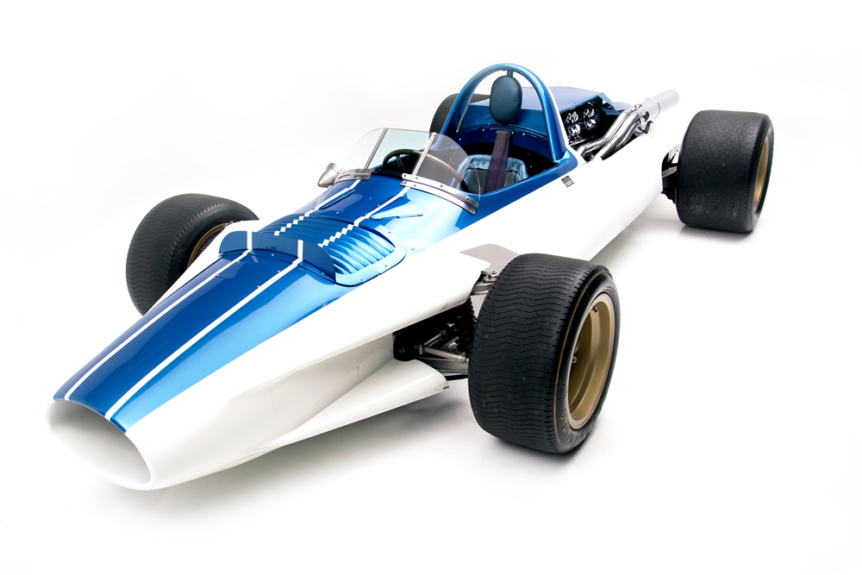 SCOTTSDALE, ARIZ. – Nov. 17, 2016 – Barrett-Jackson, The World’s Greatest Collector Car Auctions®, will kick off 2017 with a world-class Gala and star-studded docket during its 46th Annual Scottsdale Auction, Jan. 14-22, 2017, atWestWorld of Scottsdale. The Scottsdale Auction docket is taking shape with early highlights, such as Steven Tyler’s personal 2012 Hennessey Venom GT Spyder selling for charity and the 1960 Chevrolet Engineering Research Vehicle (CERV) 1 used by Zora Arkus-Duntov in his advancements of the Corvette in the 1960s.

“We’re going to fuel the excitement we built up during our 45th anniversary year with our 2017 Scottsdale Auction,” said Craig Jackson, chairman and CEO of Barrett-Jackson. “Charity remains a pillar of our organization,and after our success in 2016 we surpassed $91 million raised for charity to date. We’re looking forward to another great contribution when Steven Tyler drives his personal Hennessey Venom GT Spyder across the block to benefit Janie’s Fund. I’m confident this, as well as the more than 1,500 collectible vehicles we’ll have in Scottsdale, will set the stage for another banner year at Barrett-Jackson.”

Tyler’s rare supercar is the fifth of only 12 Hennessey Venom GTs ever created and first of the Spyder convertibles. In March 2016, it recorded a top speed of 265.6 mph, making it the world’s fastest convertible sports car. It will cross the auction block at No Reserve, with 100 percent of the hammer price benefiting Janie’s Fund, an initiative created in partnership with Tyler and Youth Villages to bring hope and healing for many of the country’s most vulnerable girls who have suffered the trauma of abuse and neglect.

Another Scottsdale highlight will be the auction of the historic CERV 1 belonging to the “Father of the Corvette,” Zora Arkus-Duntov. This vehicle served as Arkus-Duntov’s personal test bed for what became the Chevrolet Corvette in the 1960s. Fitted with a 377ci aluminum small block, an advanced Rochester fuel-injection system, and Indy-style tires and wheels, the car comes with considerable paperwork and history and stands as one of the experimental landmarks of GM history.

“Our Scottsdale Auction is the best event to get the full effect of what we call the ‘Barrett-Jackson Experience’,” said Steve Davis, president of Barrett-Jackson. “From the excitement of seeing first-time buyers bid on a vehicle, to the thunderous applause that comes from a million-dollar bid for charity, Scottsdale is the premier auction where you can truly indulge in the automotive lifestyle.”

This year’s Scottsdale Auction also will be home to the Charlie Thomas Collection. Made up of more than 140 vehicles that will cross the block at No Reserve, the collection is an eclectic mix of spectacular prewar classics, American muscle, European cars and high-performance vehicles.

Barrett-Jackson’s 46th Annual Scottsdale Auction will take place January 14-22 at WestWorld of Scottsdale, AZ. For more information on becoming a bidder, follow the link to http://www.Barrett-Jackson.com/Bidder/Home.

About The Barrett-Jackson Auction Company
Established in 1971 and headquartered in Scottsdale, Arizona, Barrett-Jackson, The World’s Greatest Collector Car Auctions®, is the leader in collector car and automotive lifestyle events, which include authentic automobilia auctions. The company produces auctions in Scottsdale, Arizona; Palm Beach, Florida; at Mohegan Sun in Connecticut, and Las Vegas, Nevada. With broadcast partners Velocity and Discovery Channel, Barrett-Jackson will feature extensive live television coverage in 2017, including broadcasts in over 100 countries internationally. Barrett-Jackson also endorses a one-of-a-kind collector car insurance for collector vehicles and other valued belongings. For more information about Barrett-Jackson, visit http://www.barrett-jackson.com or call 480-421-6694.