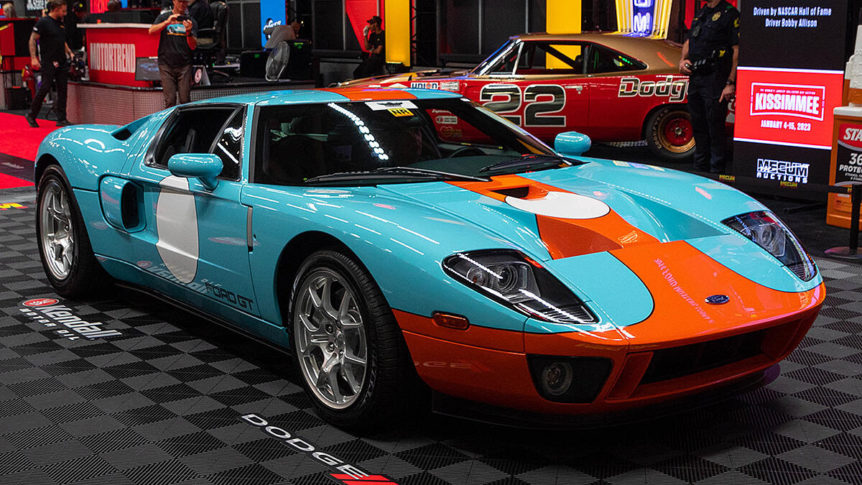 While the news is full of economic woes it seems the market for both new and used vehicles has stayed strong. While this is largely due to availability and supply chain issues, one would argue that the availability (or lack thereof) of daily drivers in the form of new and used vehicles really should not impact the classic and collector car market.

However, “car fever” must be contagious and the supply and demand based price increases of the new and used vehicle market has also effected this formerly small market segment. Check out this recent announcement from Mecum as record breaking sales indicate a huge demand for specialty vehicles.

Walworth, Wis. – Sept. 15, 2022 – Mecum’s Dallas 2022 classic and collector car auction lent credence to the claim that everything is bigger in Texas with a record-setting total achieved at the 12th annual event in one of the Lone Star State’s most populous cities. A total of 1,191 vehicles hammered sold in just four days, Sept. 7-10, for an 84% sell-through rate and more than $55.2 million in sales, which amounted to a 50% increase over the auction’s previous record total of $36.8 million. The number of consignments increased by 45% over last year’s Dallas event, and ticket sales saw a 60% increase.

More than 10 private collections were offered in Dallas with the headlining, no-reserve Butler Estate offering reaching a grand total of more than $8.43 million in all and multiple other collection offerings achieving aggregate seven-figure totals as well.

The complete top 10 collector car sales at the Mecum Dallas 2022 auction include:

For access to complete auction results, sign up for a free MyMecum account at Mecum.com. Mecum’s next live auction event will be held this weekend in Fountain City, Wisconsin, featuring cars and collectibles from Elmer’s Auto and Toy Museum. Following that will be a feat never before achieved by a single collector car auction company: two classic and collector car auctions will be held over the same weekend in different cities. One of the events will be Mecum Chicago, Oct. 13-15, in Schaumburg, Illinois, and the other will be the second-annual Mecum Chattanooga auction, Oct. 14-15, held in conjunction with the Chattanooga Motorcar Festival. For more details on upcoming auctions, to consign a vehicle or to register as a bidder, visit Mecum.com, or call (262) 275-5050 for more information.